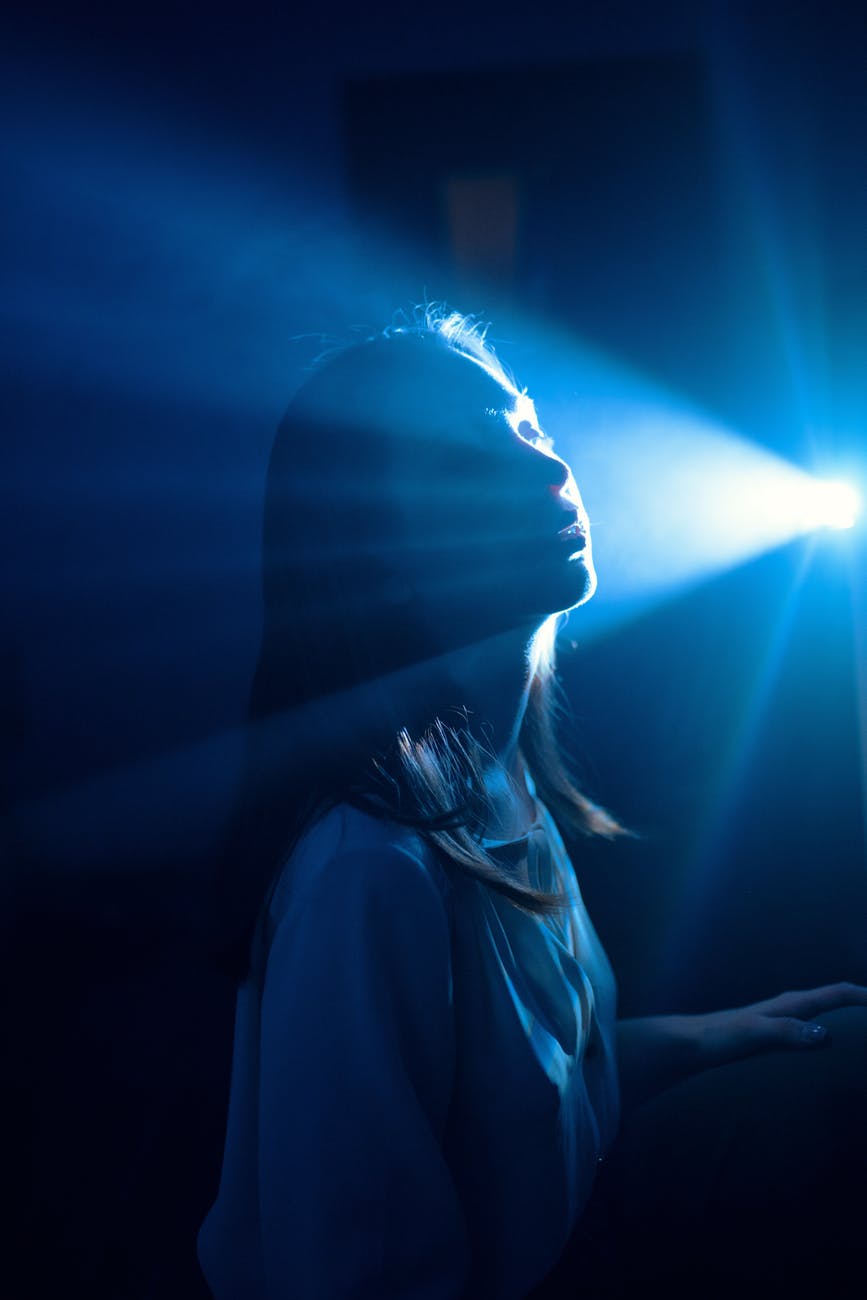 Last week, I spoke about people who raise the bar on you. I think of that as a kind of manipulative move. A means of control. I’ve had it done to me and you know that something just feels off.

It was a time when I was done with drama that tore me apart and I was ready for someone nice and boring. And by that I mean, dinner at home, no fireworks, no tears….nice. And I thought I had found myself a nice guy. He was a doctor from work. A bit older than me. Divorced. Soft-spoken. Needed help because he was losing his eyesight.

As I said, red flags aren’t always obvious. I took this guy home to dinner to meet my parents and they thought I’d hit the jackpot. My dad especially thought he’d never have to leave the house to go to an appointment ever again. And I liked to see my parents happy.

I’m not sure when the first flag rose. As many people know, with doctors and professional people and anyone we look up to, we see the success and that tends to outshine other sketchier stuff. We push that stuff aside and ignore it because the person is a pillar of the community. A star in the E.R. A brilliant eccentric.

I don’t tend to be high maintenance so when he said he only did pizza at home or home-made dinners and that eating in restaurants was for birthdays and special occasions, I figured he was old fashioned like my parents. He came from a lower middle class background. I never thought about money as an issue. He would tell me that he was a millionaire. But he had bought property, which I thought was a good investment. He had renters. He would talk about travelling with me, asking me if I had ever been to Europe or even Philadelphia and I’d say no and he’d say that I would love it.

But that would be the end of the discussion. I’d drop him at the bus station when he’d go to visit his aunt in Pennsylvania for the weekend. I’d bring him to the airport when he was going on a business trip. And I think the first sign that something was off was when he called me from California. He knows I love dogs and he told me about a dog parade that they had going on. He said that I would have loved it.

It was then I began to wonder. His trip was paid for. His hotel was paid for. All he would have had to do was get my ticket if he had wanted me to go along with him. Or he could have asked me to go and told me to pay my own way. But he didn’t. And he could have. By that time, I had travelled for work and I had brought a friend with me and nobody had a problem with it. My friend paid her own way and shared the room with me. He had to have known this. So what was going on here?

It’s funny how we really already know when something isn’t quite right. I would spend nights at his house now and then. But that meant that I had to be away from my own home and my dogs. I did try to bring my dogs to his house, but it was not a dog friendly place. Lots and lots of stairs. I had to take my dogs for a walk around a city block if they had to go outside. And he had a deck that was about three stories up outside his kitchen. My dogs did not understand that they could die by falling off of the deck. I just wasn’t comfortable at his place. And he would never stay at my house because my son was living with me at the time.

So the time came one night when I said, “Do you mind if I don’t stay tonight?” I had just wanted to spend a weekend night with my dogs at my own house. It didn’t go over well. He said nothing that night but soon afterwards, at one point in time when we were being affectionate….he got up and walked away and told me that there would be no more of “that” until I was ready to get serious.

And I guess that is what you might call raising the bar. Or some may call that an ultimatum.

I remember thinking to myself at the time….is he serious? It was at that point that I realized that he wasn’t happy with things the way they were or with who I was either and I knew that if he did that once he would do it again in order to have control. It would either be withholding sex with him or money or vacations or something else. Something would be taken away if he didn’t have things his way.

The same dynamic was in place when the priest told me that I had to give him oral sex at his desk. It was that today. And just when you would think my job would have been safe and he would have been happy, it would have been something else. Well, now you know I can tell your friends in Human Resources about what you did here so you had better do it for my friend here as well so I can watch. I am not saying this to be sarcastic or flippant. I am serious. I knew the bar would raise. And I knew that adding a second person was not out of the question with him. He had already told his fellow priest that I was “fun”.

Another form of manipulation that everyone has used at one time or another….is the ultimatum. Our parents have used it. We have used it with our kids. It usually works in those situations. But in adult to adult situations, it can be tricky. If you choose to use this maneuver, you better be ready to back it up.

I felt it was the right thing to do at one point to say to my ex-husband, we either need to go to counselling or we need to get a divorce. Looking back, it was probably the better thing to do instead of waffling in between. However, he refused counselling and didn’t want a divorce. That left me with having to carry out my “threat”. I didn’t want a divorce either. But I knew we couldn’t go on with the problems we had without some kind of change or compromise.

We don’t control much in this world. We certainly don’t normally have much control over what other people do. No matter how much I search for answers, I always tend to go back to the old “God grant me the serenity to accept the things I cannot change, the courage to change the things I can and the wisdom to know the difference”. That seems to cover just about anything.

But what goes on within that prayer? How do we change the things that we can when it comes to other people if we can’t force our will upon them and ultimatums can go awry?

We’ve always been taught that one day we will be loved. Someone will choose us. We send out our beacon of need and it is answered by the right person who spots it. Well, we know that many wrong people will spot that beacon as well. And we also know that when we give another person the power to determine our worth and our ability to be loved, we hover near treacherous waters. That life giving emotion can be given and taken away by someone else.

I have been guilty of playing dodge ball with my emotions in my life. Guilty of moving my life around to keep someone I love out of danger or helping someone or anticipating what someone else needs or wants or is trying to say in order to make things be “okay”. And I have ended up feeling powerless and ultimately useless and like a failure when that doesn’t work.

So I have tried to become powerful by bellowing out decrees and “I have had enough and you’d better listen” and people may look at you like you are crazy for a minute and a temporary change might ensue but you are still trying to change what you can’t….namely someone else or how someone else feels or what they think or what they choose to do.

Change and power only comes from within. You make the decision that is right for you and you go forward. You do things without trying to get a reaction from someone. You give a gift without expectation. You love fully someone who is deserving of your love without doing so in order to gain something.

But in the same vein, you become more responsible for what you expect from others. You may give a gift without expectation, but you only do so to those who will call to thank you for your gift. You love fully someone who is also your friend. Someone with whom you feel safe and who won’t leave you feeling used or discarded when you part.

It’s kind of being proactive in your own life. By expecting something, you are leaving the action up to someone else. If that person chooses not to give you the basic respect for your giving, then you are left feeling empty. By giving to someone who is willing to reciprocate in kind without hesitation….someone deserving of your giving…..you don’t have to give with the expectation that the act of your giving is going to produce the wanted response from anyone.

It’s not always easy to tell if someone is safe to give to. Some people have no problem with this. Some of us, however…..especially those of us who did not learn what healthy love looked like or that we deserved to be loved….tend to accept questionable actions from others and not see the red flags until things get worse.

I like to say that the universe gives us a tap and if we don’t listen, we get the slap.

It’s okay to expect something. It’s not selfish to do so. In fact, you have to have expectations…..not for things but for actions from others.

I made the mistake with the doctor I was dating to think that I should wait for him to ask me to go to California. But why? Why didn’t I say that I would like to go along with him if that is what I wanted? Why did I end up politely waiting to be asked so he could then use that as a control device? And that is what he did. Because he always talked about taking trips like his married friends did.

He lived in fear. Fear of being used and deserted. And he was afraid he would not have anyone who would stick around to take care of him. So he ended up pushing away the person who was taking care of him….me….in order to try to control the situation and make me stay.

We both did our own dysfunctional dance. And in the end, we each left the dance floor and went home alone.

No funny stories this week. Please pray for my friend Lorena who lost her 34 year old daughter suddenly while she was travelling in a foreign country.

Be good…have a wonderful week….and don’t forget to take the poll.

One thought on “If You Could Read My Mind”