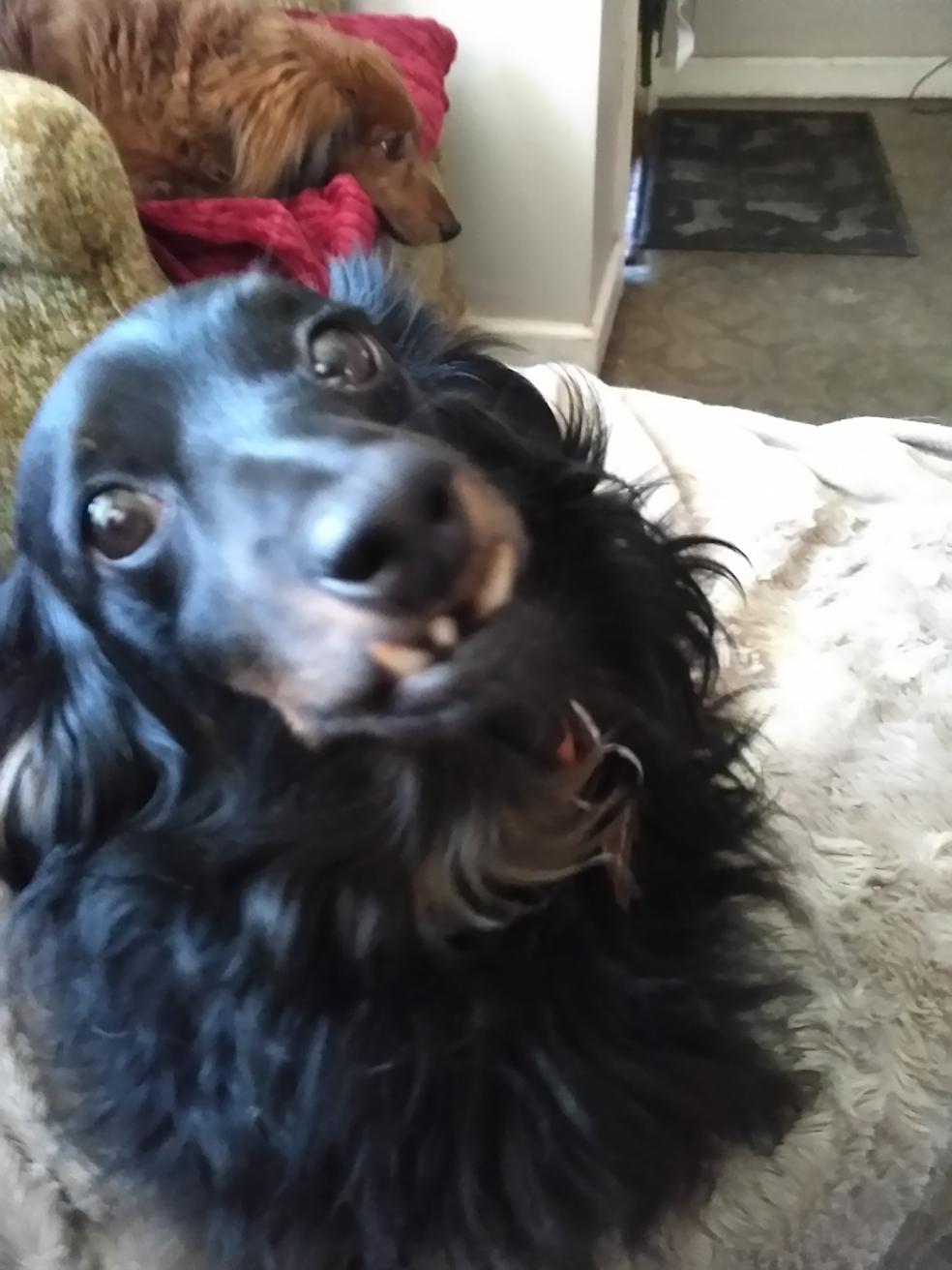 Some of you already know that this past week I lost another one of my rescue dogs, Toby. Toby was 14 and I had him for a little bit over four years. He went to join his sister, Abby, who passed away on February 27th.

This past year, the virus has made our lives nuts. As we talk about opening up restaurants and bars to more people, things at the vet’s office haven’t made great progress.

There was a plumbing crisis here last week as well and the house was torn apart…literally…..Toby had an appointment coming up this Friday but he began not feeling well…he had a head cold like I’ve never seen in a dog before. And he was not eating well and he vomited a bit when he did eat. So I called his vet to get him in sooner and it was like 10am on Thursday and I was told “You know the rules…you have to call at 7:30am to see if we have an opening. Call back tomorrow”. So I waited. I did not think it was an emergency. I called Friday morning. No openings. Call back tomorrow. I called back Saturday morning when I got up at 8am. No….sorry. We had three openings at 7:30 that are gone now. Bye.

Sunday the vet was closed. I just didn’t want him to play the game of watch and wait all week to see if I could get him in sooner, so off we went to the emergency vet.

We got to the emergency vet around 3:30 in the afternoon. They are open 24/7. They took him in around 4pm. We had to stay in the car in the parking lot. We being myself, my friend, and Toby’s brother, Fritz, who we didn’t want to leave at home alone.

After two trips to Cumberland Farms to get a hamburger and snacks and water for Fritz and to use the bathroom, the vet finally called my cell phone at 11pm that night….7 hours after they had taken Toby in. Seven hours of sitting outside in the car in the parking lot, waiting.

It took two more hours…until 1am Monday morning, to be told that Toby was in a diabetic crisis. One that would mean at least 5 days in the puppy hospital and if he survived that…..the rest of his life closely guarded and twice daily insulin shots.

For me, the answer was clear. And if there is such a thing as a peaceful and happy passing, Toby was blessed. While sitting in the car, awaiting word on Toby from the doctor an hour before he was euthanized, the inside lights suddenly went on. Nobody had started the car or pressed any buttons. They just went on and almost as suddenly, died down into darkness once again. Abby had been put down in the back of the car three weeks before. My feeling was she was letting her presence be known. She was here and she was going to help her brother transition.

We sat in the “family room” and were able to bring Fritz in to say goodbye to his brother. Toby came in wrapped in a snuggly blanket. He looked tired but happy to see us. Fritz cleaned his face for him one last time. To be honest, I don’t know if that is done out of love, dominance, or just checking for leftover food. But it was touching to see.

The end came quickly and I imagine, peacefully. Toby left his Earthly family and I’m sure his sister, Abby, was there to hand him his wings as soon as he was free from his physical form.

Fritz is now never left at home alone. Until I can find a calm and sweet companion friend for him. In the meantime, one more dinner bowl has been taken out of commission.

We got home around 2:30 in the morning. If you’ve been paying attention (no points lost if you feel asleep in the middle of the story) that was 11 hours. 11 hours. 11 hours in the car for us. 11 hours in a cage for Toby perhaps thinking we left him there. It had happened before in his short life. Did they give him a drink? I know he had gotten sick again. We weren’t allowed inside to see him. Or to even use the bathroom.

I know things are crazy these days but I have been going to that vet for 27 years. We know our pets. We know when they are not feeling well. I decided it is time to find another vet.

We don’t know these days if there are extenuating circumstances when things like this happen. We really don’t. We want to give the benefit of the doubt. People are overworked. They have crazy rules in place they have to follow. I’ve never had to wait in a car to be seen if I’m not feeling well. I know there has been separation of family and loved ones this year because of the virus. But do we know….is this affecting veterinary offices and emergency vet clinics so that at one point in time, over 15 cars were waiting in the parking lot with us?

I called the trash collectors this week to have them pick up an old mattress. I did not get it out in time. They were here first thing this morning. I could not drag it out without help at that time. I asked them to please come back. I’m being charged for them just showing up this morning with their truck. There is no sob story that is going to change that extra charge I have to pay when they come back next week to get the mattress.

And just when you think the world is going mad, a sympathy card and a container of fresh chocolate chip cookies ends up on your doorstep from your neighbor. And your tenant brings home pizza for dinner so you don’t have to make dinner.

Not sure where I’m going with this. I’m rambling. One of the perks of growing older. I can ramble and not apologize for it. Ah, our pets. Toby is going to be coming home in a cherry wood box with room for his picture and a brass plaque on top with his name.

Not bad for a little dude who four years ago was homeless and growling at everyone in fear. He was loved. He was a bundle of love and excitement. Dinnertime nearly knocked his socks off every night. He’d nearly faint with anticipation. Later on, he would lay at my feet, belly up….ever the optimist that a belly rub would ensue. He was the smartest of the bunch. And the most polite. And even though he felt sick last week, he growled at the plumbers as they came through the house. I am sure he would have defended me to the death if the need arose.

We need less rules and more belly rubs in life. That might not be something you usually hear in a group for survivors of sexual abuse. That’s why pets and therapy animals can help with healing of trauma and abuse.

Thank God for the gift of their love.

7 thoughts on “Bless the Beasts and the Children”