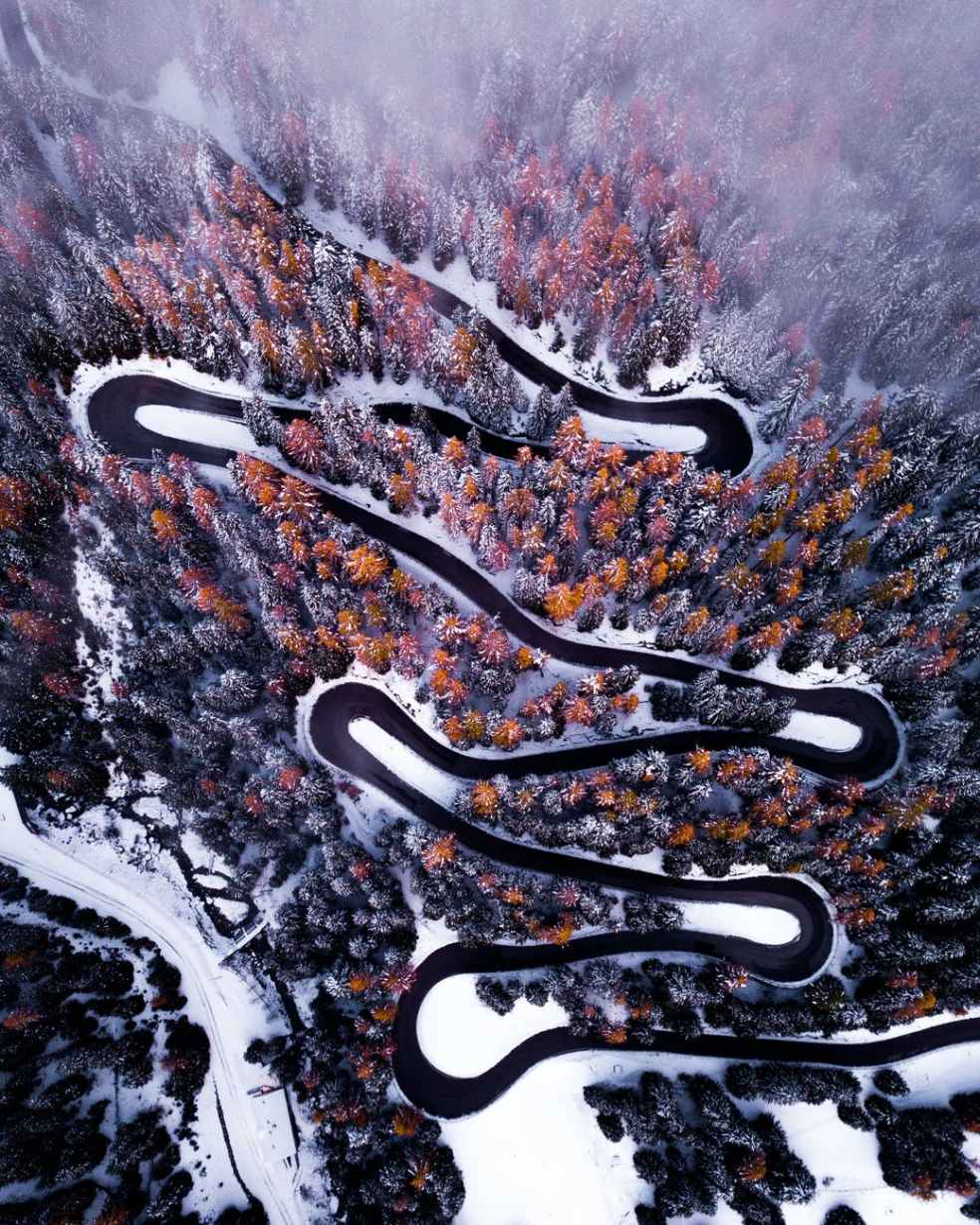 Last year, I summoned up the strength to set up an appointment with the Victim’s Advocate at the Diocese. It was my first time back in the building since I had been fired three plus years before. I still carried memories of being escorted out of the building inside the pit of my stomach. I was afraid of running into someone I knew while walking into the main entrance (which is now securely locked with an inside glass door that requires admission from the front desk before being granted access). I was afraid that I might see someone in the elevator. I was afraid of the judgmental glares I might receive or of someone spotting me and calling the police. I was afraid of what the people I used to know who used to love me might have been told about me.

I felt the fear that many of those like me who have been abused by a priest or other predator as an adult, and who have been victim shamed, have felt.

But the meeting with the advocate went well. He agreed that it sounded very much like I had been harassed and acting as if I had been sexually harassed. I gave him a copy of my book. He asked if I would like to meet with the bishop. I agreed. I left feeling a bit stronger and more confident.

Then Covid hit and it took another six months to get a virtual appointment set up with the bishop. He very kindly listened to my side of the story. He asked me had I not ever had this happen in any other job? Basically minimizing the event. Or perhaps suggesting I had simply misjudged what was going on. I told him that nothing like this had ever happened before to the extent where I felt it had been deliberate and I felt threatened and I had lost my job because of it. He asked me if I still felt that my faith was intact. I told him that he now had information about this priest and it was up to his conscience as to how to utilize that information as this priest was still saying mass and acting in a counselling position.

I just want to mention here that someone who was trying to be helpful, mentioned I should try another church as the Catholic church was obviously having major issues. To that person I would like to say that what you need to understand is that first of all, this goes on in every religion for some reason. There are no “safe” religions. And also, when you have gone through the games and the cover-ups and the suggestions that perhaps you misunderstood or that you are a fragile being who fell in love with a priest and that is the entire story…now go say five Hail Mary’s and ask God for forgiveness….when you have been threatened and brainwashed and someone attempted to control and degrade you….the last thing you want or that you trust is a religious person…I don’t care who they are. It still opens up the wound once again of having been through the rabbit hole…the insanity….the emotional abuse….the being picked because of your trust and your faith and vulnerability and knowing that they have the goods to further destroy your life if you push back. They go back to using the same conditioning they have used your entire life. Using God as a manipulative tool.

The whole thing leaves you with an indescribable feeling of “ick”. Like you’ve been mind-raped.

Six month went by and nothing. As crazy as it sounds, I know that they spoke to the priest. I know because twice in one month, all of a sudden, my book got a rating of one star with no review. It brought down the rating of the book but there was no review so that I could report it as abuse. It was a typical reaction to what pretty much equals the actions of an angry child having a tantrum and lashing out. Fitting his M.O. of “You know it’s me and what I did but you can’t prove it” because his actions are like smoke in the wind. Leaving the victim with nothing solid and looking like they are crazy.

So, as you know from my posting the email I sent, I contacted the victim’s advocate. And I got a response. He apologized for not getting back to me sooner and asked if we could talk.

My feeling about victim’s advocates are now similar to how I feel about the press. Tread carefully. Watch what you say. They are not your “friend”. They are doing a job. I have also heard stories about counsellors the diocese will provide for you. Things are not necessarily confidential and cannot be assumed so.

He’s basically a go-between. He can give me/you advice on what to do and ask you what you want but he remains impartial. So when he and I were chatting, and he asked me where my mom lived, I did not give him any details. And that brought up old feelings of…why are you asking?

I found out that my talk with the bishop did nothing. The bishop most likely just had an informal meeting with the priest and informed him of the accusations against him and he most likely denied for the record and he was probably sent off with a suggestion to be more careful in the future. I don’t know. I do know that the bishop was not going to be whipping out his personal checkbook to compensate me or performing any kind of investigation into the matter.

I was told that if I chose to pursue compensation or any kind of investigation, that I would need to fill out a formal complaint which would then go to the Attorney General and the Diocesan Review Board. At that point, there would be an investigation done, with interviews with people involved and such. The victim’s advocate would not be by my side but would only be available to answer questions. I would need to either bring a friend, a therapist, or a lawyer with me.

So this is where it begins to get scary. I thought that I had done something by talking with the advocate or by meeting with the bishop. I thought it meant something at least. In order for anything to mean anything, I need to go further. I need to meet with the Diocesan board. Thank God I don’t need to see him. But remember if you will, that this priest has been on the board interviewing victims in this diocese. He has been sent to judge other cases in the country. He is a canon lawyer. He has papers published on the subject of priests being accused of misconduct. He has been on Tribunals and knows how to discredit victims of abuse. He knows how to initially put them at ease and seem like a friend. And although he would not be on this Diocesan board, tell me there are people on this board who have not had dinner with him or who think he is a great guy and important and beyond reproach.

Who am I? I am a woman who has no case once my emails are thrown in my face. The emails that no matter what I said to H.R., were constantly referenced. The emails which after I read them to my therapist had her turn on me and tell me that I was the aggressor in this situation, as “women often are”. The emails which had not one but two lawyers sadly tell me they believed me but really had no proof to go on except emails which could make me look compliant so that I can’t get a lawyer to represent me. Do I really want to put myself through that again? To be told by a supposedly impartial group that either they don’t believe me or that there is no proof? Do I think that the women from his past who actually initiated oral sex with him at his desk and who feel responsible and worthless want to come forward to back up my accusations?

Do I want to take that risk? Remember that according to the bishop’s statement, if someone accuses a priest and it is not found to be credible, they are able to release that person’s name to the press. I would need to go forward with the intent that all I was looking for was to bring this abuse to light. To bring attention to the accusation. To put all the details and the feelings outside of myself to be able to “do the right thing”.

I was also told that the priest could not be put on the bishop’s accountability list as that is just for those who have abused children. As I said to the advocate….who’s to say that he has not abused children? I know of one or two other women, but I know that there is never just one victim and in this case, probably not just two or three of us. Predators prey on those people who they can prey on. The easy targets. Those who will believe or not fight back or question. Or those who are going through a vulnerable time in their life. It is not about pedophilia. It is not about homosexuality. It is…..as most rapists, serial killers and thieves know….about opportunity and body language and vulnerability and those separated from the herd in some way.

It is about who is the available and easiest target who is less likely to cause trouble and fight back and who they feel they can get away with it with. And as one person put it….the predators go where the getting is good. Where they will be protected. Where they will have access to children and vulnerable adults who can be shamed and threatened into silence.

Justice is a long road. It’s not an easy journey. Sex crimes are I believe the least reported crimes, and the most misunderstood. Victim shaming and blaming is very prevalent in society. And so little is known about coercive control and gaslighting and trauma bonding. So much further to go. So many obstacles to overcome.

7 thoughts on “The Long and Winding Road”