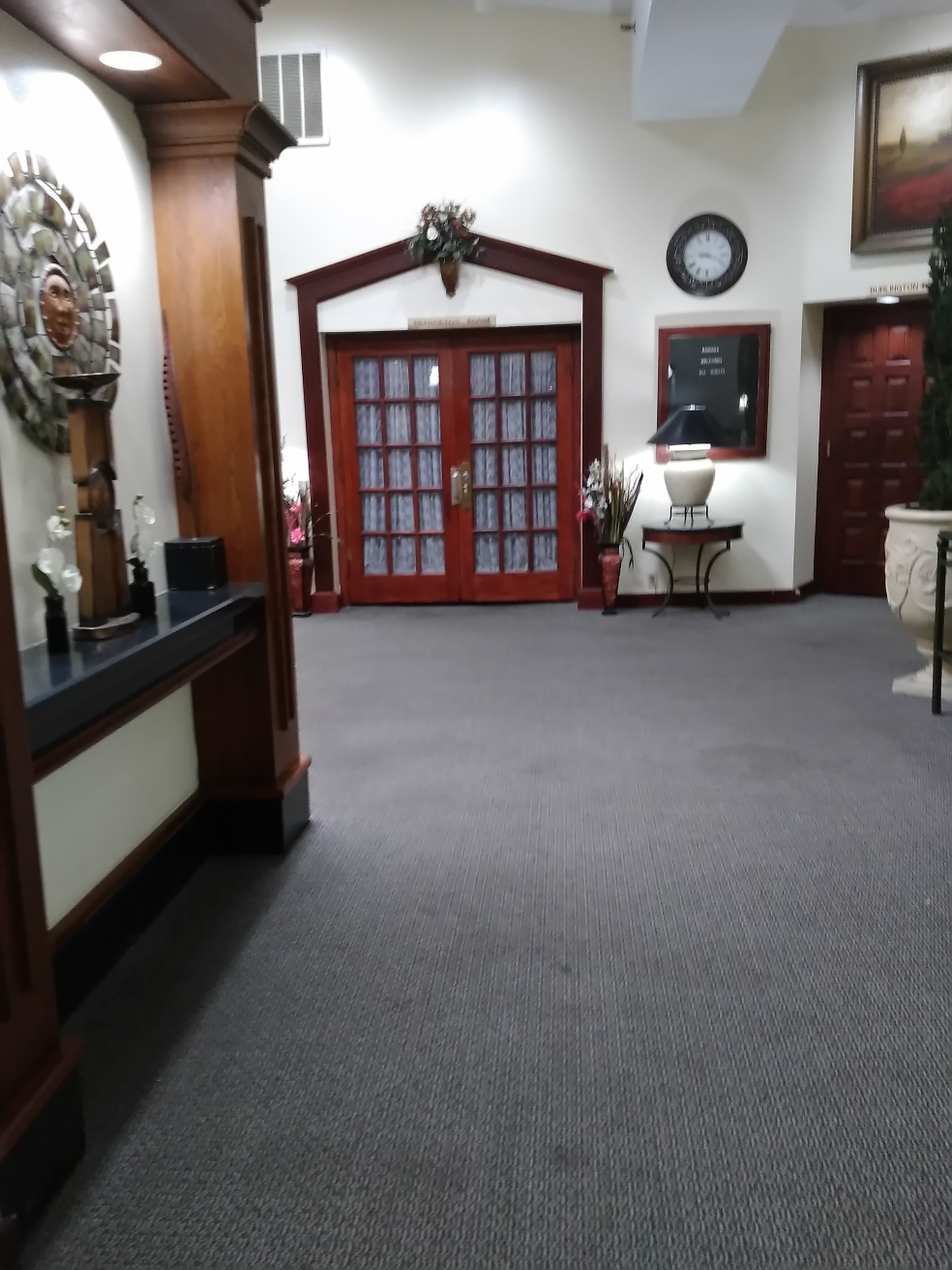 This week I’ve been feeling an old familiar feeling. You know when you’re on a roller coaster but you hate roller coasters because they make you feel like there is absolutely no control and because of that you are going to die?

I’m talking about anxiety. And this week it has been knocking on my door big time. Sometimes it brings along it’s friend, panic. I know these two well and when they come to the door, I try to pretend I’m not home. But somehow they always find a key and come inside anyway.

It’s funny, you know? I’m thinking….why are these guys coming back to see me at this time? Am I falling apart? Losing it? Not in control?

When I was a child, people in my family used to remark on how calm I was, how fearless, how polite. I was a good girl.

I can see why they would think that. Dinnertime especially in my family was always chaotic. High emotion. Drama. Alcohol. We didn’t discuss things at our table. It was always frantically high energy and sometimes negative energy.

My dad, constantly talking loudly, arguing his points of view. My mother and my brother have similar energy. My brother is extremely loud and vocal about his feelings on everything. He is very intelligent. But he also uses alcohol I believe, as my dad did….to self medicate. My whole family is one big type A group. Over the top. My mom is constant energy in motion. She is unable to let go of something when she fixates on it. And if you think taking care of that thing is going to stop the fixating…..nope….she will immediately fixate on something else. Immediately.

So because I did not seem to fit in with these type A people, I was considered to be cool, calm and collected. I always tried to be good so as not to add to the mix. And I was the helper….and the scapegoat. I guess every dysfunctional family has one of them. But I guess in reality what seemed to appear cool and calm was actually being silently type A.

And so as I grew older and I went through stressful events in my life….and events that did not draw good responses from my family…who, by the way….control everything…I mean, love me very much….I wondered why I would hear that fearful knock at my door. Anxiety. Panic. Total loss of control. Fear of losing it. Fear of what that meant.

I realized this week that I never understood why I could fall apart so easily. What was wrong with me? I had a decent childhood. I had everything I needed. Clothes. Lunch money. Swimming lessons. Structure. A dog who would not play with me.

I thought….I was never abused or beaten or neglected or was homeless. I must just be defective.

But along with anxiety, some depression sprang up as well. Oh how I love it when they come in three’s. I thought about how I had everything, but emotionally….well emotionally I was a sponge for negative energy. I was expected to hold it together. It seemed that affection was seen as babying….and even then, you didn’t want to spoil the child.

I’m not saying there wasn’t love. But I was expected to control my feelings, or overcome them. At the age of 8, I was expected, at my first wake, to kiss my grandfather in his coffin. I was terrified. But when expressing feelings, I was told that I was stubborn, or weird or….well, whatever. Things were not discussed. When I told my mother recently how a relative for whatever reason began to undress in front of me when I was a child because they wanted to show me something, my mom’s reaction was….well they were like that…they lived freely.

And knowing about another person who used affection to do some strange stuff that made me uncomfortable….the message always was “don’t tell”, “get over it” and don’t be the one to pull the family apart.

So I guess what I’m saying is that as a child, I absorbed the chaos, learned that it was best not to handle things myself emotionally, pleased other people, and had a bunch of emotions stuck inside. Little did I know that those stuffed emotions had played havoc within my memory cells. Just waiting for some kind of conflict to bring them to the surface.

And as I grew older, I began to be able to give those emotions names….Anxiety, panic, and depression. So I felt loved and felt that life had been normal, and never realized that I was not some mistake, but that during changes and scary times of growth, I didn’t know how to deal with feelings and all I had in me to reference where the chaotic negative emotions that had been trapped inside just waiting to come out when they thought they heard their names called. But this time, instead of someone outside of me reacting chaotically to a situation, it was coming from inside of me in reaction to something emotionally charged. It was like my cells were holding the memory of whatever emotional trauma I was experiencing that was never acknowledged as trauma as it was never seen as such because life was in perfect order so nothing bad had every happened to me consciously.

So when I began to panic at the thought of not being able to hold all of my emotions together…..when everything inside was saying….this is how we learned to handle this shit….and that was at conflict with “handling” things as I was supposed to…..the feelings just broke loose. Panic attacks, shaking, feeling like my life was one day of dismal unreality after another…..feeling like a horrible mom because moms are strong for their children…..and being told that I was too old to be feeling like this, and that I didn’t need to take medicine and that I was not half the mother that my friend was…..

But you know, none of this was ever done without the feeling that it came from love and trying to help me. And if I should suggest otherwise, I was angry and ungrateful.

I believe for the most part family has the best intentions. I certainly was not a perfect mom and I cared deeply about my kids. But…it is what is it and sometimes we suffer the fallout of loving but imperfect people and the trauma lives on inside of us.

But I’m back to this week….and why I am feeling that the big three are back hovering around my house and ringing my doorbell playing ding dong ditch…..that anxiety, panic and depression. Why is it back now?

And then I got an email from my friend. “How are you doing?” she asked. And I found that I kind of poured out quite a bit onto her. So much so, that I joked at the end….well you did ask. And seeing my life splayed out on that email, I thought….what is triggering me here and what am I allowing?

Who am I trying to take care of? Who do I feel responsible for? How am I overwhelming myself? What feelings am I stuffing down? Who am I trying to fix or save that is perhaps a grown up who needs to take steps on their own journey of learning instead of me enabling and being all co-dependent on their butt?

This stuff helped to make me vulnerable, you know. Feeling responsible for. Fixing. Helping. And that ever searching need to find that person who appreciated me helping them and doling out kindness and compliments in return. A.K.A Feeling the love. A.K.A. Grooming.

It’s all a work in progress. See the hole. Still fall into the hole. But….saw the hole. Progress.

And as I was told….also giving to others what I needed myself as a child. But I’m still doing that. And that’s okay…I like to be busy and to help people, but not when it gets to the point where I begin to neglect what I need in my soul.

Our journey consists of learning and growing and helping others do the same. Learning what made us vulnerable….and by the way….we were not stupid, okay….but learning perhaps what made us stand out more as a target to our predators….is good.

It comes in stages..Recovery..1. I hate myself, I was so stupid, 2. Why did he do this to me? 3. I can’t live with this pain 4. It was me…my fault….he was my friend…I ruined it 5. He was never my friend and I was never special 6. How do I get over this? 7. They say this was not my fault, but I don’t know. 8. Other people have gone through this. 9. I still don’t know. I did terrible things…or I’m second guessing myself about what happened. 10. Okay it was his fault. He did this to me. I hate him. 11. It happened. It changed my life drastically. I don’t care about him but I care about others. 12. I want to learn from this in my personal life.

And since recovery is not neat and orderly….we can backtrack or get stuck.

Again, I don’t know everything. But I do feel that if I have gone through it, I am not unique. If someone can relate, and I can help in some way, that is good.

So, yes….I am feeling a little overwhelmed emotionally right now. Worried about family. I feel like I should be going along taking care of business, but the unholy threesome…anxiety, panic and depression are breaking the door down a bit.

Perhaps that means that I need to finally blow up the pool in the backyard and just lay there and look at the clouds in the sky and allow myself to unwind a bit. Perhaps I have to acknowledge the feelings that are rising within and just listen to them. Perhaps.

Wishing everyone a good and healthy and blessed week. Be good to yourselves.

One thought on “Taking Care of Business”