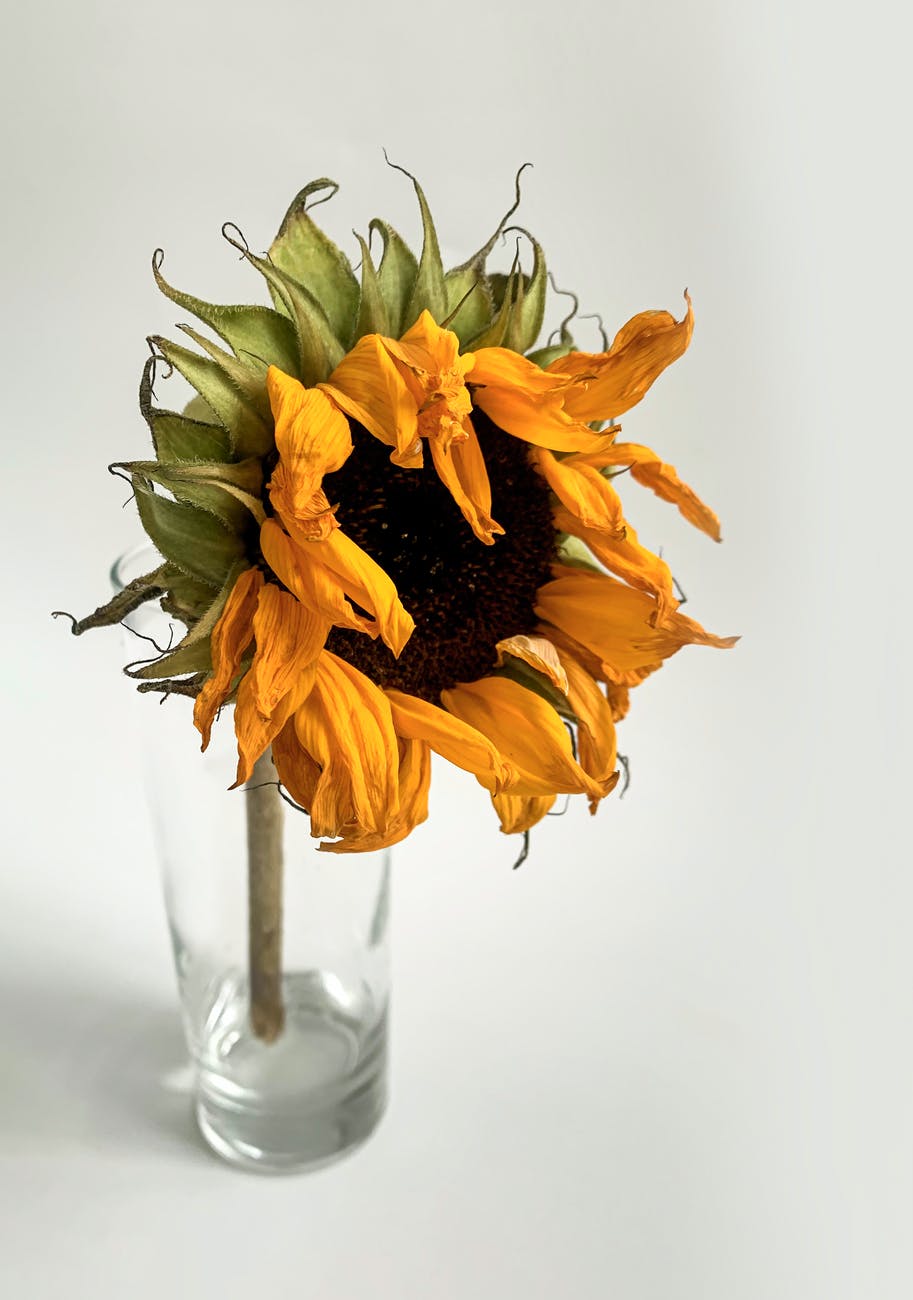 This past week when my ex-husband was in the ICU, it brought up so many feelings from the past. Feelings and self-doubt. Did I do the right thing? I know it was not the easy thing for sure. Neither way was the easy way. But sometimes I wonder if things would have worked out better for the family if I had stayed in the relationship.

And with him being so sick (he is home now), it caused us to reach out to each other. We texted and we talked on the phone. And I felt a sense of anxiety at possibly losing a person I have a connection with as far as our children and grandchildren. We have a connection there that I will never share with anyone else. And that brought up memories of good times together and a bond that we will always share.

We met through a mutual friend when I was still in high school. He was 18 and I was 17 and he would come to my school at lunch time and me and some of my friends would hang out in his van and stay warm during lunch. That’s code for other stuff that I won’t get into. He knew everyone and when I was with him, I felt kind of important because then everyone knew who I was. His friends. People I would not normally know or hang out with if I did not know him. A very large group of friends. And he was cute and he was nice to everyone, and it was fun to be with him. And when it wasn’t….I made excuses….so I never noticed the cracks.

When I was 20 and he was 21, I got pregnant. We ended up having a baby, moving in together, and then getting married within a year. Because it was what you did. And for me, someone who wanted to get married and have children….the situation was rewarding. And I was happy. At first.

Now this is the part where I break down what happened, even though I did not know the terms for anything when I was younger.

They call it “Trauma Bonding”.

I loved being married to this man that I loved. I loved sharing my life and our child. I was getting positive reinforcement all over the place.

A lot of things happen in the beginning of a relationship. You have the wedding and the honeymoon and the gifts and the new life and new place and new experiences and friends getting married and showers and babies and you get to see your friends a lot still for awhile because you are still young and many of your friends are still single and they come over to hang out and there’s a lot of activity and things to distract you from each other.

And then along came baby number two for us and we began to look at houses. Oh, boy….more new and exciting things. More good brain chemicals being associated with my husband.

And it was at that points that the cracks really began to show…when I was in our house alone at night with our two babies while he went out almost every night….staying out very late.

I told myself that I enjoyed being at home and being a mother and he enjoyed being out and about with his friends and not feeling tied down. Because that is what you do when the cracks begin to show…..you justify the other person’s behavior. Because it was easier for me to justify him going out all of the time and working every Saturday all day as something he needed to do to be happy….than it was for me to confront him about being out a bit too much and me and the kids needing some attention as well.

Especially when doing so brought about anger and unpleasant words. Things were just easier when he was happy. That is what I told myself.

And in between these not so great days and moments….were anniversaries and parties with friends and holidays with the kids and nights where he was home and things were good hanging out together.

I always called it “percentage”. There was always that “percentage” that kept me there whenever I thought that things weren’t right and I acknowledged outright verbal and emotional abuse that was happening…..but I did not want to have an emotional confrontation and I was terrified because I had never lived on my own or taken care of anything on my own, and I had two children as well. So, I did what is known as “freezing”, or deciding to stay in a situation because leaving felt too difficult. Freezing can also mean staying in a situation because it seems like the right thing to do. “Right” sometimes meaning what is best for others or that it feels safer at the time to not make a move.

In a trauma bond between two people, there is sometimes a feeling of a power differential. Whenever I would speak up to my husband, he would threaten to leave or tell me to leave instead of listening to how I felt. And I didn’t want to be an obligation to someone. But the power he held….and this happens often…is that he took care of everything and he knew so many people to do things and for me, my world got smaller so that it became me and my kids and going to work and seeing my parents. I became more isolated but he did not.

A trauma bond relationship has cycles of abuse with intermitted reinforcement of rewards, and then when the partner is beginning to feel hope and renewed affection, there is punishment of some form. People who experienced this type of behavior in childhood…the ups and downs of emotional whiplash, are especially prone to relate to this kind of situation and it can feel familiar and in a weird way….just “the way things are”.

I loved my father very very much, but you just never knew what could set him off at times. Alcohol was predictable but other times, during vacation or an otherwise pleasant times, he could fly into a rage and all you could do was quietly wait it out and pretend it wasn’t happening.

Trauma bonds don’t just happen in romantic relationships. They happen in families as well. Anywhere where you go through cycles of reward and abuse and reward again. Anywhere there are feelings of fear, excitement (anytime adrenaline rises), or sexual feelings….these can create an entrapment where someone stays for what they perceive as something mostly good, or they make excuses because they fear leaving for one reason or another, or because they feel they can’t leave for whatever reason. Or because they have convinced themselves that the abusive person is really a good person at heart, or that life isn’t all happy times.

Another thing to know….we hear about the law of attraction and how we need to put out positive vibes and ask the universe for a good partner or for happiness or whatnot, but as long as we have not worked on our own trauma bonding issues, we unconsciously seek out our unhealed issues in others. Our subconscious seeks out what we believe to be true.

So you can give your order to the universe for a healthy relationship, but as long as we are blaming ourselves for past mistakes, failing to put up boundaries, not being able to see a person for anything other than how they once showed themselves to be even when they begin to change, not seriously believing you are good enough, being afraid to have an opinion, being afraid of alienating or losing people….not because you are rude but because you do what is comfortable to you and you listen to what is comfortable to you…..until you can do that…or at least begin to acknowledge and work on those things….you are going to keep attracting what is familiar to you.

And, after all, familiar is comfortable, right? It’s not easy. That is why, after all these years, I still carry guilt that I feel I must right and I still feel that I should be the one taking care of my sick ex-husband and that I would be there if I hadn’t left and all of those feelings come back. And I’m still trying to control….had I zigged instead of zagged, things would have turned out better. Like everything in life depended upon what I did. Nobody else carries any responsibility for themselves. It’s all on me.

And I need to remind myself, as we all do, that we cannot change anything in the past, and that we did what we needed to do or thought was right at the time with the information we had, and that guilt is a useless emotion that does nothing but destroy you. Make amends as best you can if you need to and forgive yourself.

When it gets tough or uncomfortable in your healing journey, remind yourself that it’s okay (again) to take care of yourself and to not fix things for everyone.

For today, it’s enough to be aware that “there’s a name for that”. Just become more aware. Have a great week.

Oh, ex-husband was very very sick. Does not know how he got sick. It was not Covid related. But he is home now and feeling very weak and needing a lot of rest.

Recovery always takes time and focus on taking care of oneself.